I bent over and tied the strings of the shoes and took my first couple of tentative steps in these new dress shoes. Well, new is not right. They are used but they are new to me. A color that is somewhere between Oxford and brown. Soles that are made to last or

at the very least be replaced when they wear out.

The first step was a bit odd. There was some tightness on the top of my right foot and I wondered if this was going to be a permanent rubbing spot of if the shoes would mold their way over from their old owner to me. I knew before the day was done, the shoes were still pliable.

What I really wondered about was whether the new owner was pliable as well.

These original owner of these shoes was not a pastor, but I have to say that throughout my life I never met a man who was more an advocate for his pastor than the owner of these shoes. I recall a time that one of his pastors came under attack by anonymous letters and he stood from the pulpit and said, “I will be checking the mail from now on, folks. And any letters that come to this church without return addresses or signatures will go in the trash.” Far as I know, the original owner of the shoes made good on that promise, for the attacks died away and the pastor continued leading in peace.

I recall one time when I came under some criticism as the pastor of the owner of the shoes and this time, he set out to order a load of horse manure and have it dumped on the front yard of the leader of these antagonists. His wife talked him out of it but I found out he had the price and was ready to write the check to have it done.

The original owner of these shoes was no pastor, but he knew what it meant to care for a pastor, advocate for a pastor, and even be angry for that pastor when the pastor could not do it on his own.

The original owner of these shoes was no preacher but he knew a good sermon when he heard it and gave praise where praise was due. The only problem was, you needed to know his scale of praise.

One week, while this shoe owner was out fishing with his family, he caught a fairly impressive 12 inch trout. He was quite proud of that catch and had his picture made with it. A little later in the day, his wife managed to land a 15 inch monster of a trout. The owner of the shoes looked at the fish and said, “Well, that’s decent, I guess.”

Preachers needed to know this. A “good” sermon was just okay, but chances are, if you hit one out of the ballpark, the owner of the shoes would tell you, “That was decent.”

The owner of the shoes which I put on for the first time yesterday, was not a perfect man but he was a man that was after God’s own heart. I cannot count the number of times I saw him sitting in a chair, Bible open, coffee at his side, eyes closed in prayer. Sometimes the shoes would be on. Sometimes they would be off. But this owner of the shoes knew he needed to walk where Jesus walked.

I put the shoes on yesterday and I wear them again today knowing that these are my Dad’s shoes. He passed away in December and my mom cleaned out his closet and asked me if I wanted these shoes – if they fit okay, that is.

Well, they go on my feet just fine. They tie up nice and neat and have even garnered a compliment or two. But I have a feeling it will take me quite some time before they really fit. Maybe they will. Maybe they won’t. But at least I will have the reminder of what Dad was and what I can be.

Tomorrow, I think I will wear them again. 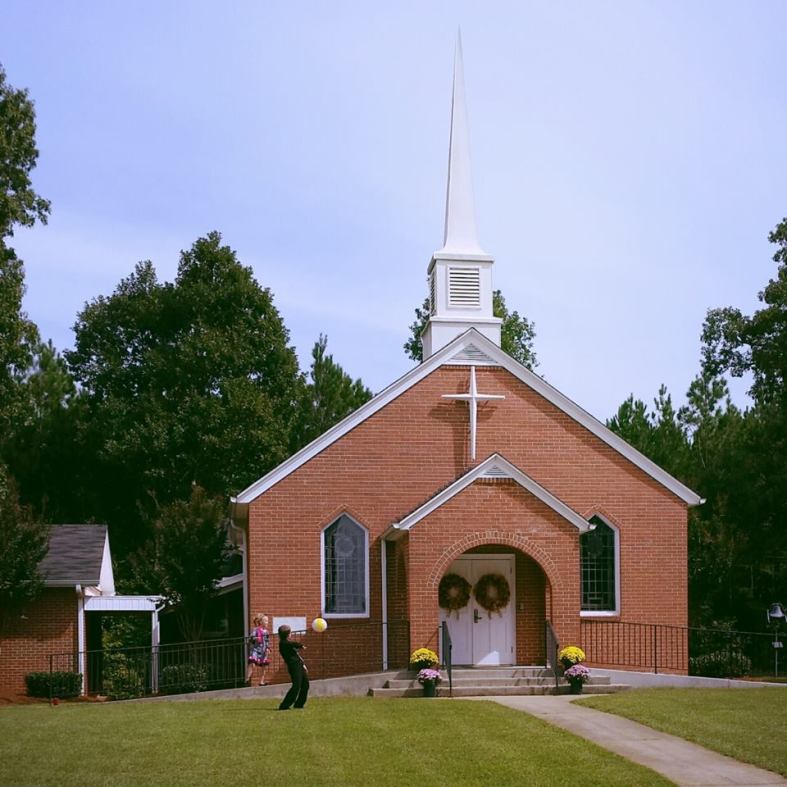 I sat in the pew and watched the Youth Choir of Gray Rock UMC stand in front of their microphones and sing a praise song immediately before I was to get up and preach. I listened to the beautiful harmonies they made. I watched as the young woman directing them smiled as she led and I was transported back almost twenty years…

The Gray Rock Youth choir was singing for a Maundy Thursday service. The director I had just been watching was one of the singers and this group was being led by her mother – a second generation member of the church who was married to a fifth generation member of the congregation. They had history. When the youth were singing in the 90’s, I was listening closely to the words – “We are one in the Spirit, we are one in the Lord…” and I was thinking about what I was going to do next.

Earlier in the week, the director and I had a little “clash” over when the youth should sing. I wanted it during communion. She wanted it before communion. She wasn’t mean about it at all…just firm. But it was also a clash that made me feel so disconnected from this group of worshipers that I decided then and there that I would not partake of communion with them again. I would pray for the elements. I would serve them. But I was NOT going to share with them. We just did not see things the same way and I knew that this was the only way I had of separating myself from them. Perhaps, just perhaps, if I could get the director to see things my way, it would be different. But this was a battle I would not win.

And I thank God for that.

I listened to them sing those words and my heart was strangely warmed. Not heartburn. Not conversion. But it was warmed with conviction. I heard Jesus saying to me: “I love these people just the way that they are. Who do you think you are to find yourself better than them…righter than them…separated from them. I love them and I love you.”

When the song was over, I walked to the communion table, said a prayer of Great Thanksgiving and served the youth choir director. With tears in my eyes, I asked her to serve me. She did.

Even then, I didn’t know how profound a moment this was but over time it has taught me that there is probably a much greater concentration of grace in the pews of any church than I will ever find behind the pulpit on any given day.

When I found myself back in the moment of 2014 and watched the new director smiling as her daughter sat beside her and a cousin (or two) sang in the choir I was overwhelmed with a feeling of connection. Not my own connection, mind you, but the connection that these generations of people could count on to share the gospel, build the faith, and be the Kingdom. I was teary again when I walked into the pulpit. I was overwhelmed with happiness for them at the moment but I was also filled with quite a bit of jealousy.

I am an itinerant United Methodist Elder. I live in a home provided by a church congregation and I serve congregations at the will and pleasure of my Bishop. I actually have very little to complain about in this regard. The congregations that I have served have been loving and accepting of me and my family and they have challenged me to grow in my faith and in my calling. I love the life of a United Methodist pastor.

However, every once in a while, my heart longs for something that it has trouble naming.

I found the name for this on, October 28, as I stood among the people of Gray Rock UMC and proclaimed God’s word for their 160th Homecoming Celebration.

I served Gray Rock (along with Bethel UMC) while I was a student at Duke Divinity School. Churches that have the courage to accept a student pastor into their midst have a special place in God’s Kingdom. Student pastors are constantly being shaped and changed by the theological education that they are undertaking. I was NOT an exception to the rule. From the story above I think I could make a case for becoming the 1990’s poster child! There were weeks when everything that I learned in school that week came regurgitating out of my mouth in something that I would call a sermon. And my leadership decisions…well, we will let the one above speak for itself.

The word I found as I walked into that pulpit for the first time in twenty years was connection. They had it each and every week when they gathered. I did not. I was the outsider, sent by the Bishop, connected by an appointment but not connected by generation after generation.

However, as I preached about Paul’s love for the Church in Philippi that morning and remembered, with no hint of sarcasm, the true love that I have for this little church in Kittrell, North Carolina, and as I looked at the proud – yes, proud eyes of the congregation watching this preacher who had continued on in the journey for twenty years, I was suddenly more than just an itinerant preacher. I was part of their family. I was connected.

It was a beautiful day…conversations after that were wonderful. The food was even better than I remembered. The walk through the grave yard reminiscing about people who had gone on to their reward was bittersweet.