I do not have a video hosting service for sermons, so, I will post them here for the time being.

Greer Kincaid was released from the hospital several weeks after being hit by a truck as she crossed Route 61 on her way to take one of her many daily strolls. Not many people survive getting hit by a truck. I only have known one person over seventy-five to have done so – and that was Greer.

I could tell you – in a funny and entertaining way – I hope, of the way that this post “pedestrian-versus-pick-up-septuagenarian” actually walked faster than me up Johnson Branch hollow. However, that story is not what I want to remember about Greer.

I could also tell you about – in an equally entertaining and humorous manner – of the time Greer mistook a couple of bear cubs for “big puppies” on one of those walks. But yet again, that is not what I really want to remember.

I can’t forget those things because they are very much a part of who this lady is in God’s Kingdom. She is a plucky, lucky, hard-working, grace filled, able to laugh at herself kind of servant. But the key word in story I would tell about Greer is that she is a servant.

I remember more clearly the numerous occasions that Greer would stop at another neighbor’s house – a house where someone lived who wasn’t that respected in the community. The disrespect came from some habits involving the imbibing of certain liquids. Greer didn’t pay much attention to all that. She stopped and chatted and often times shared from her garden or her canning with this person. Greer is a servant.

I will never forget the day she stopped by the parsonage with a bag of zucchini, a recipe for zucchini bread and instructions on freezing it. She also had a bag with two beautiful dresses for my daughter, Leslie. The bag with the dresses included matching tights and shoes. Greer said, “I don’t get to shop for little girls all that often. I hope you don’t mind.” Mind? She served this pastor who struggled as a single Dad to make sure his daughter was well dressed. She served as she gave this single man tools that continue to serve him well in the kitchen. Greer is a servant.

If there is a person in Kincaid who was untouched by Greer Kincaid’s giving, servant heart, it is simply because she hadn’t met them.

However, I am sure that is okay because I mean it when I say that she IS a servant. As a person of the Resurrection, I know that she lives on and I have no doubt what she is doing even this day. She’s busy. She is busy serving someone.

Clara Kincaid, known mainly as Greer to her fellow church members, passed away earlier this year. She was over 100 years old and a blessing. The last time I was with her, she heard my voice greeting her and she said, “That’s my Scott! Oh, I’d know that voice anywhere!”

I was asked to be present at her Memorial to be held this weekend but cannot, so I have sent this tribute to be read. Like any set of words, it doesn’t come close to capturing who she is and what she meant to me. But it will do. It will do. 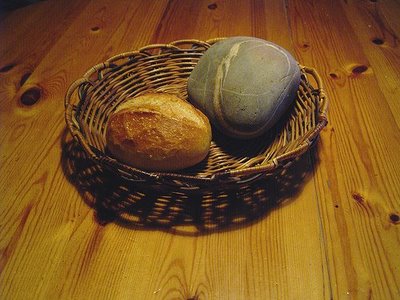 I want it to be all about me.
Caring for my hunger
Miracles that I desire
A place for me in the Kingdom

He will rely upon God alone.
He will unveil God’s glory.
He will enter a Kingdom of servant humility.

Me?
He invites to follow… or not to follow.
Forty days – Forty nights.
Step by aching step. 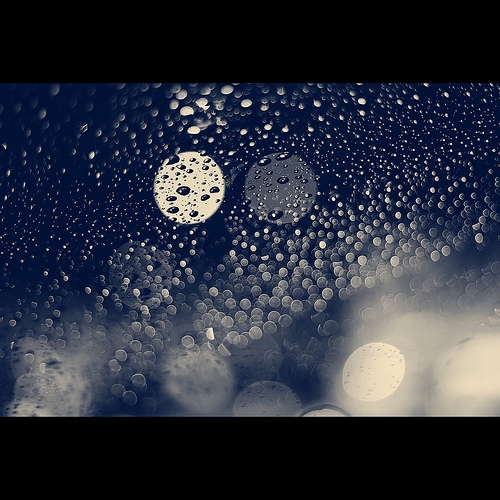 And I took that chance to get several projects done – hanging some shelves in the girl’s bathroom, fixing some mini-blinds, putting up some stuff on the walls for Pam and even doing a little vacuum cleaner maintenance.  (I still have a pesky stairwell light to change, but that will have to wait till another day.)

When it was all done, I was just a little bit tired and Pam and I were talking about the accomplishments.  I started to say that it was “the little things that made it feel more like home” but I stopped myself and said, “You know, this place already feels like home to me.  It’s where I find you and the girls and where I find peace.”

I know “home” for us as Christians is much more than a house…even a house of worship…home for us is where Jesus is leading us.  Sometimes that leading is to service, sometimes it is to prayer, and sometimes it is just to mundane things of living.  I am never quite home, but always, always close.

The television set was only a few feet away and my older brother and I crowded around it with our eyes glued to every move.  When the “Bam!” or “Pow” would appear on the screen as Batman and his faithful sidekick Robin fought the never ending battle against evil, my brother and I would both jerk back a little from the screen, as if the action were going to somehow come into the living room of my grandparents otherwise sedate home.  Behind us, my Uncle Rodger, a single man who never had kids of his own, would be chuckling at our reactions, somehow happy at what he had invited us to watch.  And meanwhile, viewers, my grandma would be shaking her head in something of a disapproving manner. (Yes, he also made sure we saw The Lone Ranger and Superman.)  It was this same Uncle, my mom’s younger brother, who would take my brothers and me to see our very first science fiction movie in the summer of 1977 – Star Wars.

There is a lot I remember about my mom’s younger brother, a man who passed away entirely too early about three years ago.  Some of it was a bit quirky – he never really knew what to buy his nephews for Christmas and some of the gifts were interesting to say the least.  Some of it was also useful in a “that kind of knowledge doesn’t always get passed on” kind of way.  He taught me how to “score” a baseball game as I watched it or listened to it on the radio.  This latter gift would come in quite handy as my non-athletic high school self would be the statistician for several sports, allowing me at least some exposure to people who would have otherwise ignored me.  I gained a sense of serving and maybe even a little pride as the star of the basketball team would ask me what his shooting percentage was for the game.

Yes, there is a lot I remember about my Uncle, but perhaps the most formational thing he did for me was give me a love for super-heroes and the science fiction that was behind and in those stories.  (It took me a while to discover it, but I also learned to appreciate that many of these works had very profound theological meanings in them as well.)

It was the fall of 2009, not long after my Uncle had passed away and my two youngest daughters and I were sitting in the living room watching the season finale of Season Three of Smallville on DVD.  They couldn’t wait to open the box for season four and see how it all ended and they were equally excited to “get caught up” so we could watch the current season we had recorded.  The DVD’s we were watching were part of what my Uncle had left behind and my mother had passed on to me.  This past spring my youngest daughter, who can sometimes be spotted sporting “Superman Chucks,” couldn’t wait for the release of The Avengers and both girls were excited to see The Dark Knight Rises this summer.  (I think only the oldest has seen it so far…guess that means I get another trip to the theater!)

As we come up on the anniversary of his death, I just wanted to say “Thanks, Uncle Rodger.”  Your love of science fiction and super-heroes lives on in the family. As far as I am concerned that is a great thing.  Who can argue with that when one of the best lines in the entire Dark Knight movie (maybe even the entire epic trilogy) is one that is spoken by The Batman:

“A hero can be anyone – even a man doing something as simple and reassuring as putting a coat around a little boy’s shoulder to let him know that the world hadn’t ended.”

Pick Me Up Poetry
Avisha Rasminda

Hi, I'm Avisha Rasminda Twenty One years old, Introduce Myself As A Author , Painter , A Poet.

In Faith and Gardens and Appalachia

Advocating for the full participation of women in the UMC
Dottie Escobedo-Frank
thatshowthelightgetsin.wordpress.com/

"There's a crack in everything. That's how the light gets in." (Leonard Cohen)

A Nickell for Your Thoughts

a blog about life, religion, and social change from Jane Ellen Nickell

Finding God in the Unexpected

Exploring What Captivates, Inspires, and Intrigues.

Miscellaneous thoughts, ideas, dreams and rants... depending on the day!

Finding Hope in This Crazy World