He felt mired in the muck of mediocrity, that was for certain.  The Book lay open before him on the desk.  The damnable cursor on the computer screen blinked.  And blinked again.  And as if for good measure, it continued blinking well into the night. “Go into all the world and make disciples…”  The words mocked him. 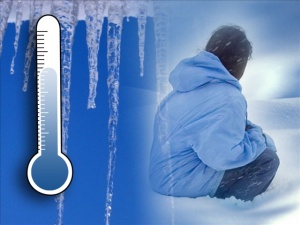 It was Saturday night and inspiration had escaped again.  Perhaps it went out the window on Thursday afternoon when the parishioner dropped by to tell him that there were lots of problems with the church.  “We just can’t seem to get our act together and go any one direction.”  Go into the world and make disciples…

Perhaps it had left even earlier in the week.  Tuesday maybe?  That was when the counters let him know that there was not enough in the end of the year offering to meet the total obligations that they hoped to pay to the denomination.  Something left him them.  He wasn’t sure if it was inspiration or hope.  Go into the world and make disciples…

Or maybe Saturday morning when the other parishioner stopped by to say that he was leaving the church.  “Nothing wrong,” preacher.  “I just feel it is time to go on in order to keep the peace.”  Yeah…that could have been it.  Go into the world and make disciples.

He got up from his desk in the little study and stood by the Kuerig© as he waited for another cup of decaf to brew.  He walked over and got a couple of the leftover chocolate chip cookies.  He then stood in the living room where his family was watching some movie or another on the screen.  “Sermon fuel?” his oldest child asked.  He swallowed and nodded and then took the ten steps back to the study.  Go into the world and make disciples.

“This really shouldn’t be that hard,” he said to the blinking cursor or himself.  Or maybe it was a prayer uttered to God.  He really didn’t care all that much.  The coffee was hot.  The cookies were good.  His mind wandered back to the mornings earlier that week when the wind chills were well below -20.  He thought of the so called “Polar Vortex” and how interesting it was that meteorologist always seemed to be coming up with new names to call weather patterns that had been around for years.  “Winter Storm Ion?  Really?  We are naming snowstorms now?” he thought as he finished the last cookie.


A song played in the background – something from YouTube. His mind continued to dwell on the storm and cold and he remembered the phone call he received on Tuesday just after the counters left.  Someone wanted to do something about the few homeless people in the small town they lived in.  Maybe they couldn’t do it for this cold snap, but there would be others.  They had places for people to stay warm.  There were plenty of people around to help open doors, prepare food, share seats and conversations.

The cursor stopped blinking about then and letters started to appear on the blank page.  Go and make disciples.  Go, make, disciples.