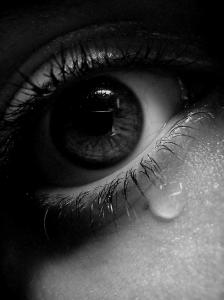 Ken Wilson, in a blog post that appeared here reminded me once again of the great importance of language in dealing with issues that at times so divisive that it threatens to break apart the Body of Christ without an Eucharistic prayer or flare.

I especially found this article helpful and hopeful for my love of the United Methodist Church because it shares such a crossroad with my own story.

Before I go any further, I want to add a caveat. I am working this out in my life…I have not arrived. I want to hear from people who disagree with me from both sides because then and only then will I find the iron and the presence of Spirit that will sharpen us all. I don’t want diatribes about my misguided “thinking” leading me on a path straight to hell. (I have a good feeling that I will delete those replies with more reluctance than relish but delete them nonetheless.)

Let me start with my story. At the age of twenty, my girlfriend became pregnant with our second child. (The tragic loss of our first child is another confession for another day and has little to do with this story, so I will move forward.) It was decided that the best path forward for the two of us was marriage. So, on her Senior prom day, we were married. We honeymooned in Pipestem, WV for a weekend and she went back to school and I went back to work in the convenience store industry. Our daughter, Leslie, was born a little over three months later and was welcomed and wanted in our family.

For a short time, the marriage went well. But truthfully, I was not good at communicating my needs and I was even worse at listening to my young spouse. Our marriage went downhill fast and by the time Leslie turned two, her parents were divorced.

Meanwhile, I had begun to answer a call to ministry that began sometime in my early teen years. I wondered what the cloud of an “unmarried pregnancy” and then a divorce would do to my ability to serve God’s people in the United Methodist Church as a pastor and Elder. I knew my Bible. Fornication was a sin and my child has been conceived in this very way. Divorce was also clearly a sin and the fact that I fully intended to marry again someday made that sin even worse according to plain reading of Scripture because this would mean that I and my new spouse would place ourselves in a perpetual state of committing adultery.

(As a side note, during the time I was divorced, I met up with some well meaning, extremely faith filled divorced persons who were holding onto “Covenant Marriages” with their divorced spouses. They swore off the possibility of ever marrying again and considered themselves forever married to their first spouse even when that spouse moved on and remarried. I found this whole way of thinking beyond anything that made any type of sense to me – despite my Biblical knowledge. There would be something wrong with me saying I was still married to my first wife when she married her third husband. I had a word for this – creepy.)

Eventually, I met and married Pam, the love of my life and the mother of my two other daughters as well as the very close “bonus” mom to Leslie. And I continued my theological education and my quest for ordination as an Elder in the United Methodist Church.

I graduated from Duke Divinity School and was ordained an Elder in the United Methodist Church in 1998. I have served in that capacity without anyone filing a complaint against me for committing adultery against my first wife – despite what the Bible says. In fact, I remember the first words from the Board of Ordained ministry that approved me were “Welcome! We want you to do marvelous things with God’s grace working in you.”

I share all this because after reading the article on C. S. Lewis and his marriage noted above, it struck me that I had benefited from years of the

Church working through the language needed to deal in a pastoral way with a very difficult cultural and theological problem. Divorce was rampant in our society and yet this did not stop God from calling people like me to ministry and ordination. And yet…and yet…the church struggled enough to find the language that would work with a sinner like me – “Welcome” and “Wanted”.

Ken Wilson suggests that these words may be the way that we approach everyone who wishes to become a part of this great story that is God’s Kingdom incorporated in the structure of the Church. It could be about that person’s struggle with addiction, their gossipy nature, their tendency to destroy God’s temple with overeating, the reliance upon trusting in their own ability to provide for themselves rather than giving freely to God or it may even be about sexual identity. It most certainly could be about the divorce/remarriage problem that plagues our churches. (I hope you note that all of these things I have listed are clearly prohibited by Scripture and have as much to do with choice as anything else might have to do with choice.) We are all captured by the sin of our choices and we could all begin to work through them together with the use of two very powerful theological words:

These words do not affirm anything going on in the spiritual growth of the person, but they acknowledge that in God’s Kingdom, there is work to be done. We can welcome and want people to be a part of that story wherever they are in the story of God’s redemption and perfection of our lives. And we can live out that redemption and perfection in our own lives without having to cast out others who we think are not there yet.

4 thoughts on “Welcome and Wanted”