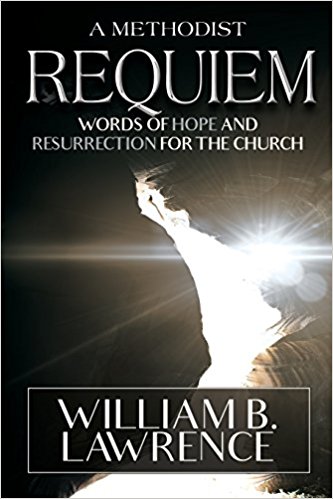 I set out to read this book for two main reasons. First, the author had a major influence on me during my time in seminary at Duke Divinity School. I respected what he taught me then and looked forward to learning something new from him. Second, the subject matter of the book, the future of the People Called Methodists, especially in light of their current battles over how to deal with human sexuality is a subject that is on my mind a lot these days. The subtitle of the book, “Words of Hope and Resurrection for the Church”, piqued my interest even more since I too believe that the greatest need our denomination has at this moment in time is for an infusion of Hope.

I’m a coal country guy. I have lived in several areas of the the state of West Virginia but all of them have been effected in some ways by the changing nature of the coal business. My paternal grandfather was a railroader in the Central Mountains of WV and my maternal grandfather was a low seam coal minor in Northern WV. Although the generations that followed them managed to avoid the coal/railroad business – with the exception of one uncle who worked as a railroad dispatcher – there is something about the rise and fall of this industry that speaks well to the topic Lawrence addresses in his book. Although his focus is upon the Eastern Pennsylvania coal history, I couldn’t help but think of the hollows, mountains, and now broken down tipples that dot the landscape of Southern WV where I live and minister. It is also a very helpful starting place for the topic of “uncertainty” that truly underlies the writing of A Methodist Requiem. So many towns in these coal areas are recovering from the rape and pillage of an industry that does so much good when it is around but leaves less than what they have taken. In fact, they leave a vast swath of hopelessness that is now being filled by the growing problem of addiction and depression.

I am fortunate. I live in a town that refuses to be defined by “what has been.” The people of Princeton are looking for a new day. They are not victims of some outsider stealing their natural resource nor do they wish to hang on to someone’s invented “war on coal” so that they can be a victim. They are waiting for the Pheonix to rise from the ashes and bring a new day to their home. In this way, our town, and perhaps even our little part of the Methodist connection can connect with the words of Lawrence as he describes the need for a resurgence of the rite of Requiem, where all can face death unafraid and proclaim the new hope of Resurrection. I appreciate the setting of this book in that framework.

However, the stronger parts of this book can be found in Lawrence’s description of the history and entanglement of resources that exist in a global church such as the United Methodist Church. I learned new things as I read through his sections on how different part of the connection could be effected by possible schisms. I’m almost afraid to admit that I did not know that “local church” is a rather new nomenclature for United Methodism and one that points out just how much we are willing to grab hold of cultural definitions IF those definitions fit our desired outcomes. It saddens me to know that we are looking to greatly redefine the power of connectionalism that is found in the United Methodist movement for the cultural pablum of having the freedom for local church decisions on matters. The greater freedom is probably to found in celebrating a connection that exists with so much diversity that it hurts at times to be together because then we must acknowledge the need for the Cross of Christ to bring together such diverse people. Lawrence tackles this history and entanglement much more eloquently than I can in this review.

The greatest strength of this book is the theological work that Lawrence does in the final section of the book where he ties together the story of a “wandering Aramean” and the system work of a Jewish Rabbi. I don’t want to say too much here, but I will say that I have read and studied Edwin Friedman for decades now and the treatment Dr. William Lawrence gives to the idea of self differentiation, especially within a system s connected as the United Methodist Church should be is by far the best I have read.

Thank you again, Dr. Lawrence, for sharing your wisdom. May I say to you the very words you shared with your classes and I share with my congregation each week:

Wherever you go, may God go with you;
Whatever you need, may God provide;
Whenever you stumble, may God lift you.
And when, at the end of your days, when you lay yourself down for the last time –
May God raise you up for all time.

I expect nothing less for the people called Methodist!

Published by Scott (aka Table97)

Grace leads and I stumble along... View all posts by Scott (aka Table97)

3 thoughts on “A Methodist Requiem – A Review”

Pick Me Up Poetry
Avisha Rasminda

Hi, I'm Avisha Rasminda Twenty One years old, Introduce Myself As A Author , Painter , A Poet.

In Faith and Gardens and Appalachia

Advocating for the full participation of women in the UMC
Dottie Escobedo-Frank
thatshowthelightgetsin.wordpress.com/

"There's a crack in everything. That's how the light gets in." (Leonard Cohen)

A Nickell for Your Thoughts

a blog about life, religion, and social change from Jane Ellen Nickell

Finding God in the Unexpected

Exploring What Captivates, Inspires, and Intrigues.

Miscellaneous thoughts, ideas, dreams and rants... depending on the day!

Finding Hope in This Crazy World